Washington Nationals Philanthropies, the official charitable arm of the Washington Nationals Baseball Club, hosted its annual signature fundraising event this evening, honoring Nationals Founding Managing Principal Owner Theodore N. Lerner with its Power of Baseball Award. The Nationals Night4Good gala, held at MGM National Harbor, featured memorable presentations as Lerner was bestowed with the organization’s most illustrious award, which recognizes an individual, corporation, organization or local group that embodies the positive character and level of achievement exemplified throughout the game of baseball. This year’s gala raised $1 million to further Nationals Philanthropies’ community impact work and was attended by the Lerner family, members of the Washington Nationals baseball club and front office, as well as representatives from several prominent local organizations and philanthropists.

From his humble beginnings, working as an usher in Washington D.C.’s old Griffith Stadium, to ushering in a new era of championship baseball for his hometown decades later, Lerner has literally and figuratively built a legacy through his signature mix of tenacity and humility. Guided by his commitment to his family and his hometown, Lerner has dedicated his life to the creation of a better city and a winning ball club. Not only has he built the largest private real estate development company in the metropolitan Washington D.C. area, but he created the framework that brought a World Series title to the nation’s capital.

“At his core, my father is a builder. He built a championship ball club that serves as an immense point of pride to a fan base that is as wildly passionate about this town as he is,” said Marla Lerner Tanenbaum, founding chair and board member of Washington Nationals Philanthropies and president of The Annette M. and Theodore N. Lerner Family Foundation. “With the Washington Nationals franchise as a rallying point, my father has used the incredible power of baseball to inspire community support as we look to create a more equitable future for area residents.”

The Lerner family has long championed creating opportunities for all residents of the Greater Washington region, and when the family assumed ownership of the Nationals in 2005, the franchise itself quickly embraced its ownership’s community-first mindset. Lerner and his family both led by example through their own, private philanthropic endeavors, and set the tone for the ball club’s company-wide culture of giving, which extends through the clubhouse, front office and into the stands.

“Communities are strongest when different people can unite through a common cause or interest. When Major League Baseball blessed our great city with the return of our nation’s pastime, it was Ted who prioritized combining on-field excellence with off-the-field impact and communicating those messages to our passionate fan base,” said Tal Alter, CEO of Nationals Philanthropies. “The culture of giving that Ted and the Lerner family established from the outset is encapsulated today and into the future through our tagline #Nats4Good. Ted’s example inspired the philosophy behind the Nationals foundation in that, whether you’re in the clubhouse or the grandstand, each individual can play a role in making our community a place in which everyone thrives.”

The Annette M. and Theodore N. Lerner Family Foundation has distributed millions of dollars in the capital region and beyond to support a wide range of organizations, including: the Hebrew University of Jerusalem, The George Washington University, the Weizmann Institute of Science, Junior Achievement of the Greater Washington Area, Georgetown Day School, Charles E. Smith Jewish Day School, The Jewish Federation of Greater Washington, B’nai B’rith Youth Organization (BBYO), Washington Hospital Center Foundation, the Anti-Defamation League, the Jewish Community Centers of Greater Washington and District of Columbia, Imagination Stage of Bethesda, Food and Friends, YouthAids, The John F. Kennedy Center for the Performing Arts, and many more.

Recipients of the Power of Baseball Award are true ambassadors of the #Nats4Good mantra and continue to be exemplary stewards of a commitment to community. Past recipients include:

Washington Nationals Philanthropies is the official charitable arm of the Washington Nationals. Its mission is to champion opportunities for all residents of the Greater Washington region to thrive by inspiring investment in the community. The organization delivers on this commitment by spurring investment in community-based programs that address the disparity of opportunity for residents of the region across a variety of needs. Since 2007, the foundation has issued over $6.4 million in grants to local organizations. Through its signature program, the Nationals Youth Baseball Academy, the organization operates year round holistic youth development and baseball instruction activities. Since 2013, the organization has invested $39 million for facility construction and annual programming through the Academy. For more information about Nationals Philanthropies, visit nats4good.org. 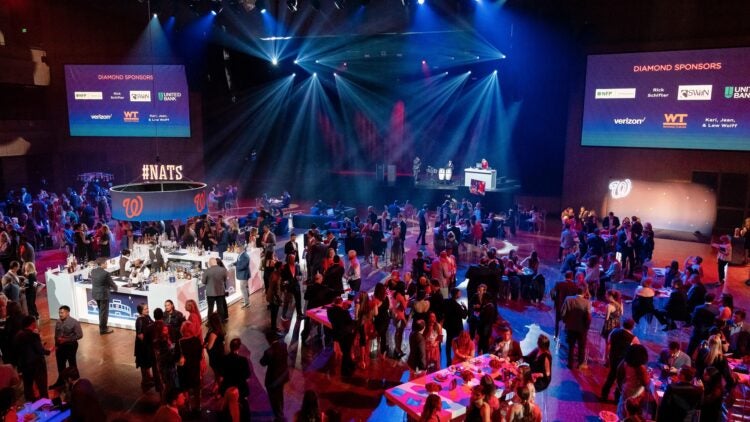 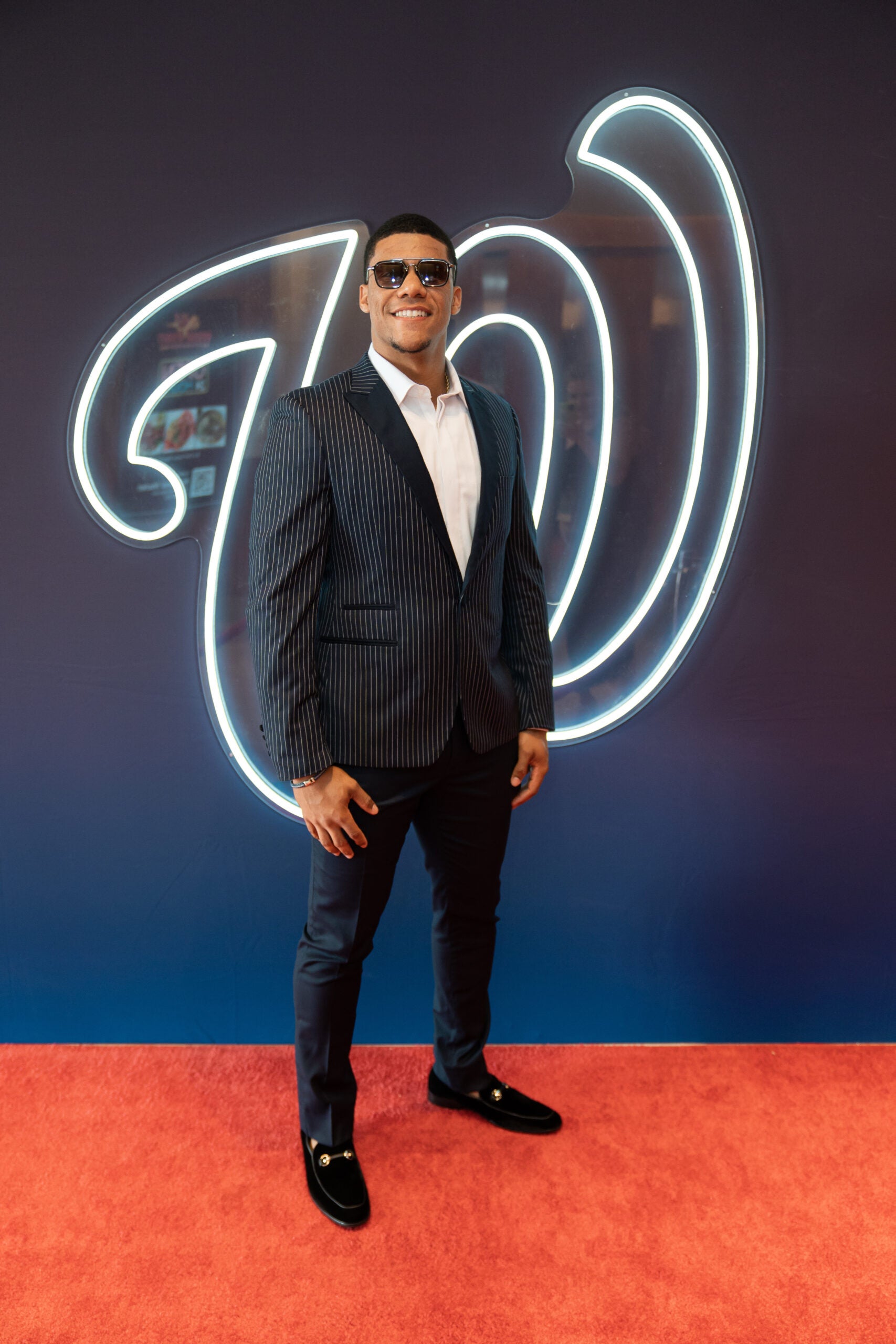 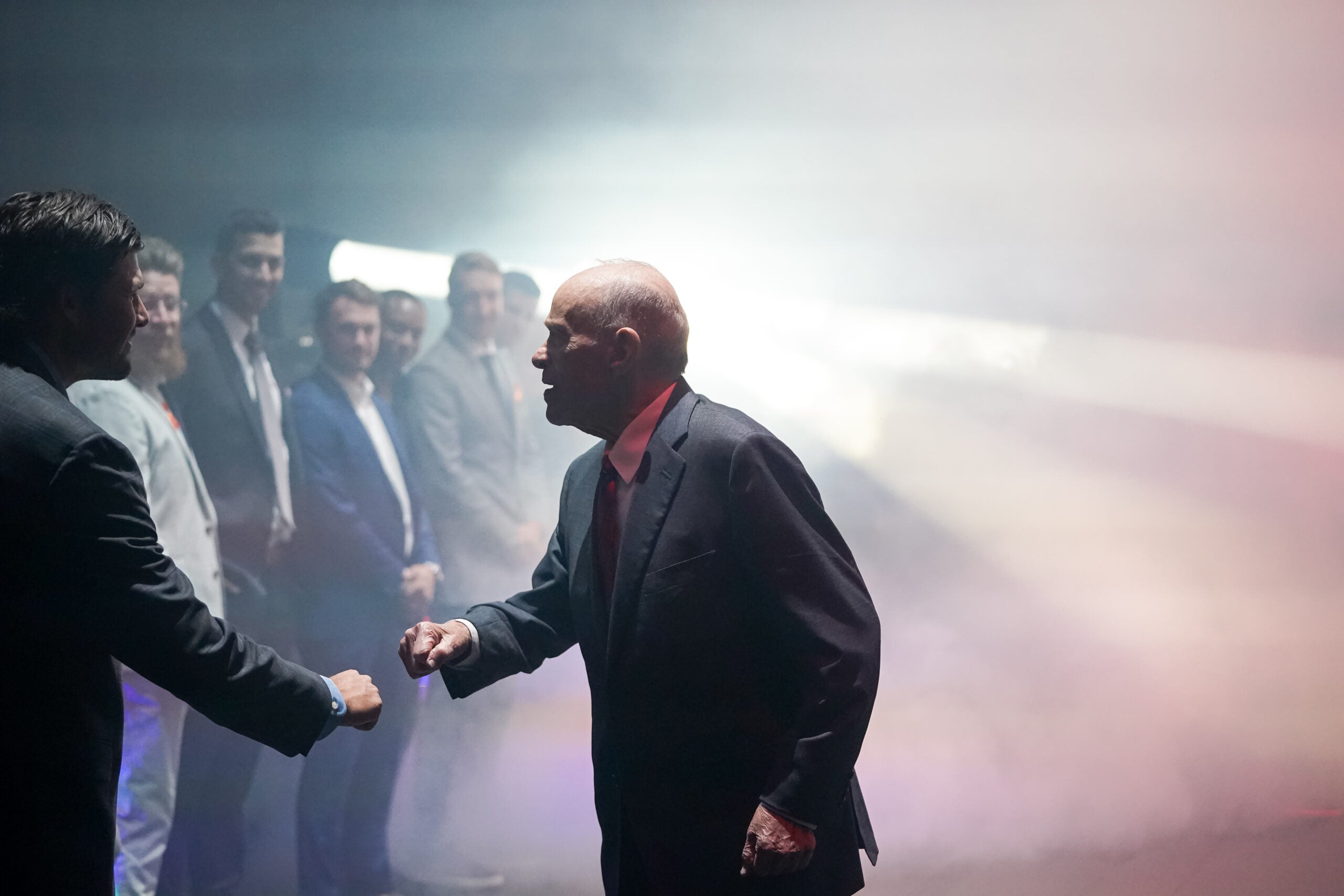 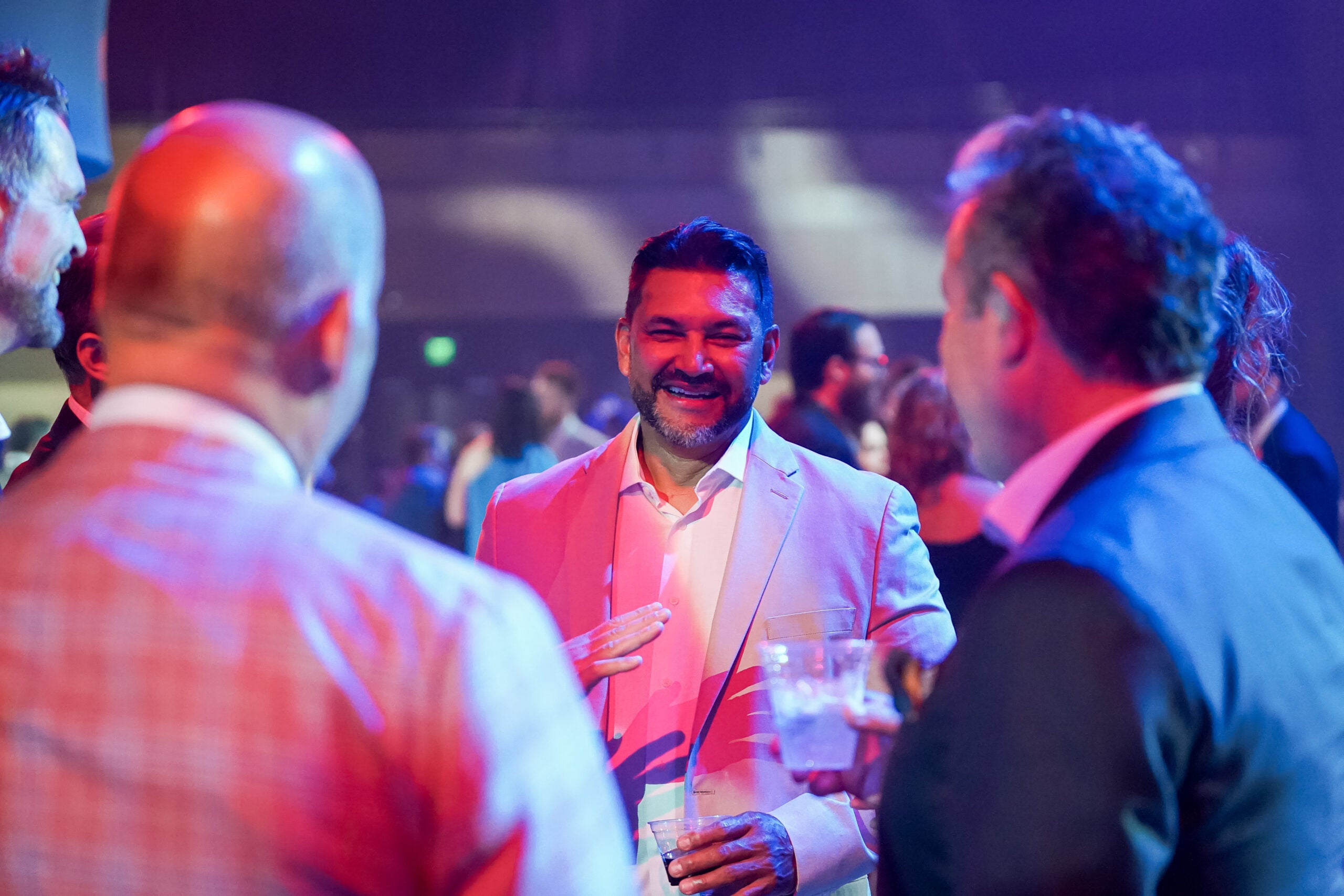 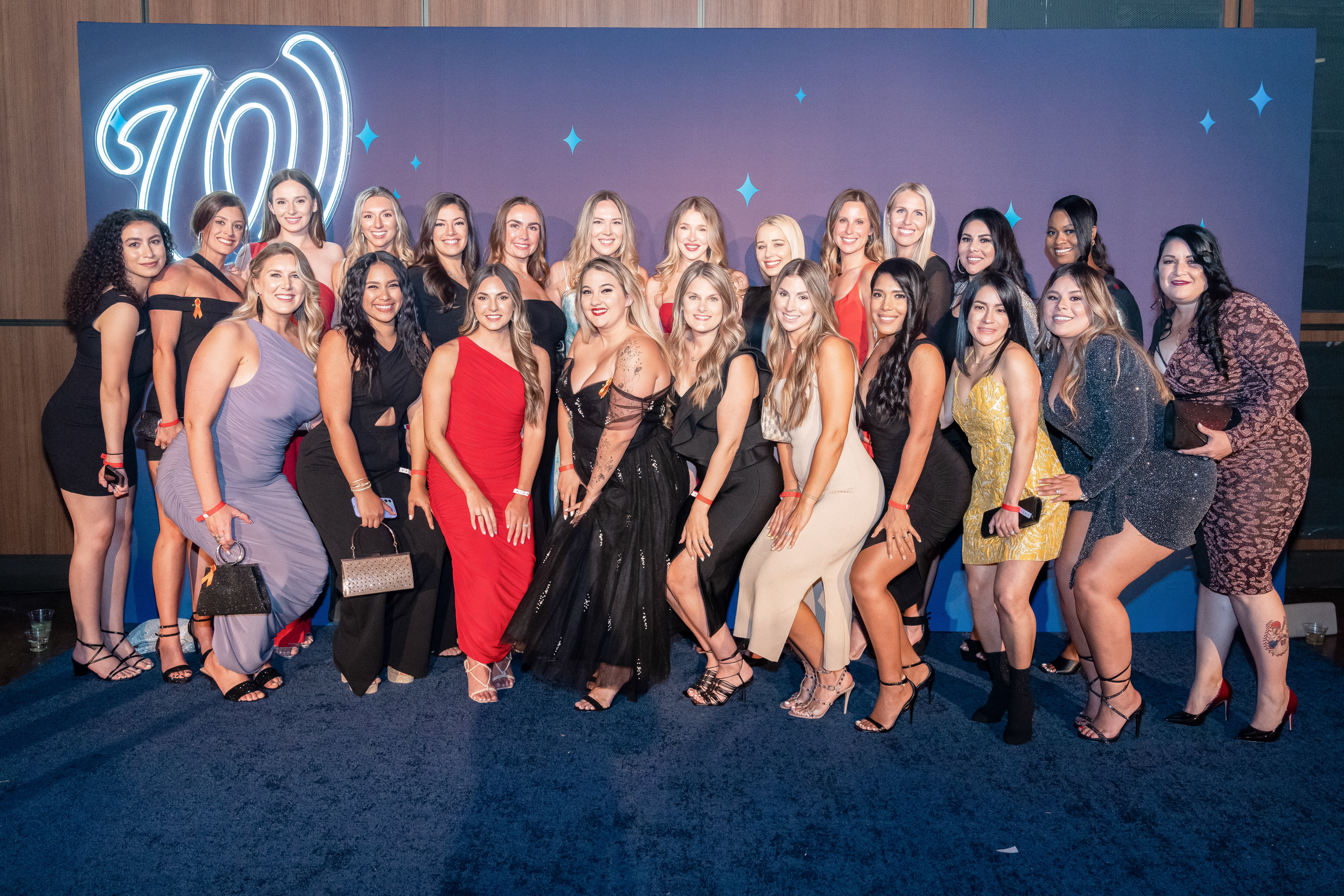 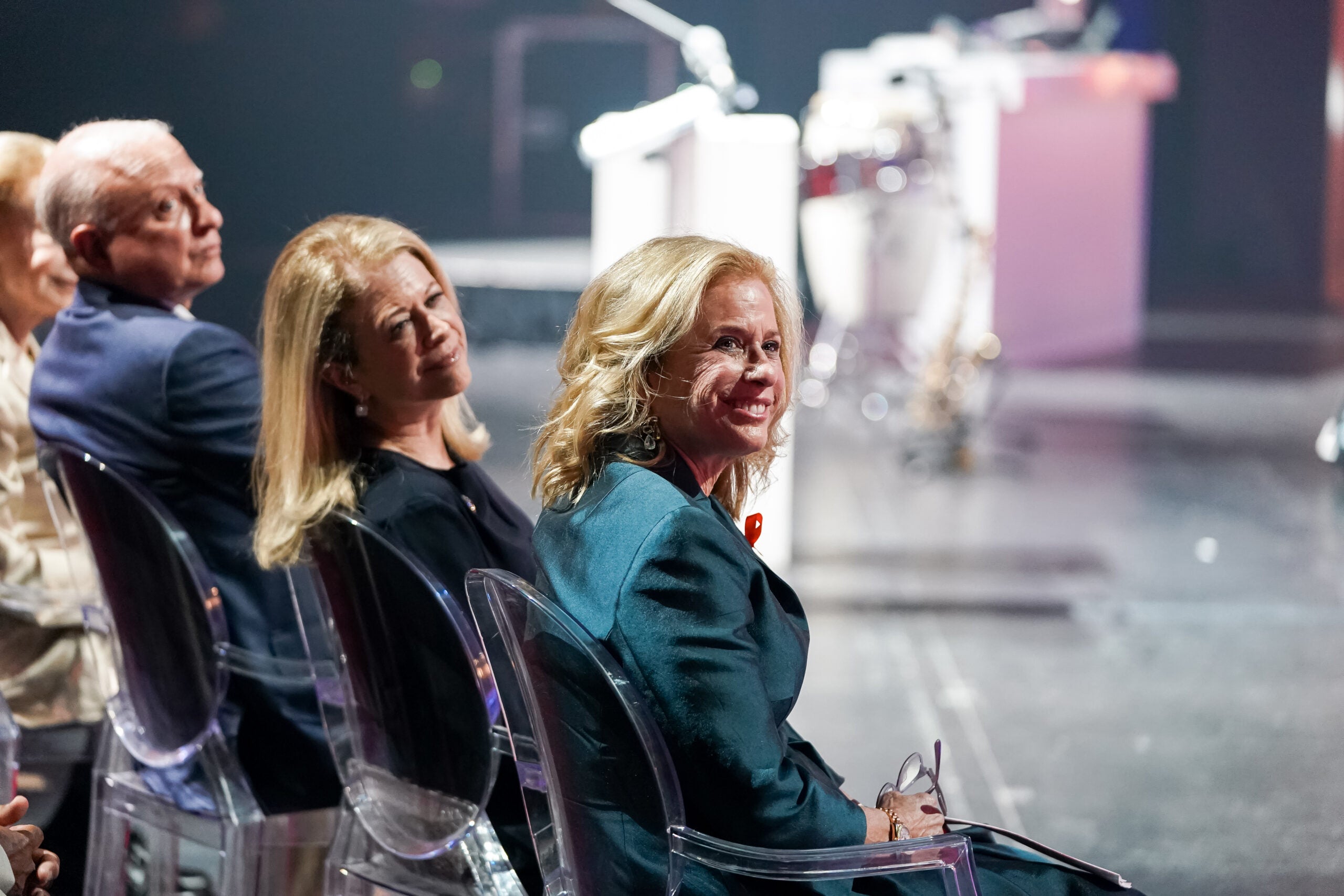